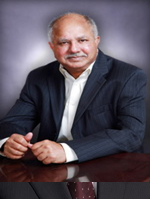 Professor Wu Cheng was born in Zhejiang in 1940. He graduated from the Electrical Engineering Department of Tsinghua University in 1962, and from the Tsinghua Graduate School in 1966, respectively. Now he is a professor of the Department of Automation, Tsinghua University and a member of the Chinese Academy of Engineering. He also serves as director of the China National Engineering Research Center for Contemporary Integrated Manufacturing Systems. As a chief scientist, he is in charge of a national application basic research project (973 Program) in real-time control and optimization for complex manufacturing processes. From 1986 to 2001, he was involved in China’s national high-tech program (863 Program) in automation area, serving as chief scientist from 1997 to 2001, and conducted a number of Chinese enterprises using information technology to enhance their manufacturing ability. From 1987 he took charge of setting up a national CIMS experimental base, which is widely recognized as approaching the advanced world level. Because of its remarkable achievements on CIMS research and applications, the CIMS-ERC was awarded "University LEAD Award" for CIM excellence by the SME (Society of Manufacturing Engineering) of the USA in 1994. He has also endeavored to promote and transfer CIM technology to Chinese industries. His major contribution to Chinese industries is to initiate and promote CIMS research and applications in a national scope, which has won international recognition and enjoyed a high reputation. In 1995, one of the CIMS application enterprises in China, BYJC, became the recipient of "Industry LEAD Award" in CIMS by SME of the United States.

His research interests include system integration, modeling, planning, scheduling and optimization of complex industrial systems. He has published more than 150 papers. He was elected a member of the Chinese Academy of Engineering in 1995. 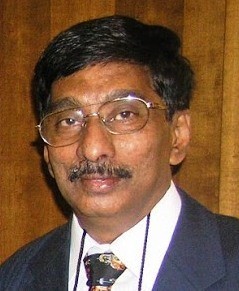 He has received many awards including the Padmashree by the President of India, 2002, Prof S N Mitra Memorial Award, 2013 of the Indian National Academy of Engineering, IETE Diamond Jubilee Medal 2013, Homi J. Bhabha Award for Applied Sciences, 2004, JC Bose National Fellowship in 2007, the Alumni Award for Excellence in Research for Science & Engineering by IISc, 2001, Millennium Medal of the Indian National Science Congress in 2000, PhD (HonorisCausa) from Punjab Technical University in 2003, the CDAC-ACS Foundation Lecture Award in 2008 and the Academy Excellence Award, Defence Research and Development Organization in 2009. He was the NRC Senior Resident Research Associate at the National Severe Storms Laboratory, Norman, Oklahoma, U.S.A. from 1987-1989. He was a visiting research scientist at the University of Oklahoma in 1990, Colorado State University in 1991 and is a Visiting Professor at Carnegie Mellon University from 2000 till 2006. He is an Honorary Professor in Jawaharlal Nehru Centre for Advanced Scientific Research (JNCASR).

He is one of the Directors of Industrial Finance Corporation of India, Data Security Council of India, and a member of the Council of CDAC, Member of the Joint Advisory Board of Carnegie Mellon University at Qatar, and Member of the Board of Governors of IIT Kharagpur, and Indian Institute of Information Technology and Management, Kerala.

He was in the past, a member of the National Security Advisory Board, a Part-Time Member of the Telecom Regulatory Authority of India, one of the Directors of the Bharat Electronics Limited (BEL), Director at the Bharat Sanchar Nigam Limited (BSNL), and the Board of Governors of IIT Delhi and of IIT Madras a member of the Council of the Indian Statistical Institute Kolkata, and Director of the Central Bank of India and CDOT-Alcatel Research Centre at Chennai.

Li Bohu is an expert of computer simulation and integrated manufacturing.
He is a professor/doctor director/president of the Institute of Automation Science and Electron Engineering in the Beijing University of Aeronautics and Astronautics; deputy director of the Science and Technology Committee of Second Academy of the China Aerospace Science & Industry Corporation; president of the Chinese Association for System Simulation; and a member of the Advisory Committee of the international journal Simulation Theory & Practice.
He was president of the Beijing Institute of Computer Application & Simulation Technology; president of the Beijing Simulation Center; head of the Fifth (1997-2001) China High Tech & Research Plan 863/Contemporary Integrated Manufacturing System (CIMS) Subject Expert Steering Committee; a member of the Expert Steering Committee of Automation Area in the China High Tech & Research Plan 863; and a member of the directors committee of the Society of System Simulation International.
He authored or co-authored 160 papers, 11 books and 4 translated books in the fields of modeling and simulation, concurrent engineering and contemporary integrated manufacturing system.
He has got one first-class scientific award, two second-class scientific awards and one third-class scientific award by the state, and 10 scientific awards by the Ministry of Aerospace and Astronautics.

Yueting Zhuang received his B.Sc., M.Sc. and Ph.D. degrees in Computer Science from Zhejiang University, China, in 1986, 1989 and 1998 respectively. From February 1997 to August 1998, he was a visiting scholar at the University of Illinois at Urbana-Champaign. Currently, he is a full professor and Dean of the College of Computer Science, Director of Institute of Artificial Intelligence, Director of MOE-Digital Library Engineering Research Center, Zhejiang University.
His research interests mainly include multimedia retrieval, artificial intelligence, digital library, and computer animation. He has won various awards and honors such as National Science Fund for Distinguished Young Scholars of China from National Natural Science Foundation(2005), the “Chang Jiang Scholars Program” Professor of the Ministry of Education of China, 2008. He is the chief scientist of 973 Project. He was the leading PI of the digital library project— “China America Digital Academic Library(CADAL)”, which has now become one of the largest non-profit digital libraries in the world.

Tong Zhang is the executive director of Tencent AI Lab, which develops advanced AI technologies in computer vision, speech recognition, natural language processing, and machine learning, and builds AI applications for different Tencent products. He obtained a BA in Mathematics and Computer Science from Cornell University, and a PhD in Computer Science from Stanford University. Before joining Tencent, Tong Zhang was a professor at Rutgers University, and worked previously at IBM,  Yahoo, and Baidu. Tong Zhang was an ASA fellow and IMS fellow, and has served as chair or area-chair in majors machine learning conferences such as NIPS, ICML, and COLT, and has served as associated editors in top machine learning journals such as PAMI, JMLR, and Machine Learning Journal. 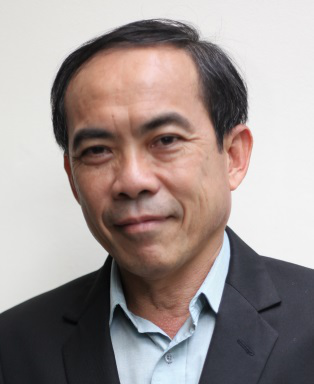 Dr Chua is the KITHCT Chair Professor at the School of Computing, National University of Singapore. He was the Acting and Founding Dean of the School during 1998-2000. Dr Chua's main research interest is in multimedia information retrieval and social media analytics. In particular, his research focuses on the extraction, retrieval and question-answering (QA) of text, video and live media streams arising from the Web and social networks. He is the co-Director of NExT, a joint research center between NUS and Tsinghua University to develop technologies for live media search.
Dr Chua is the winner of the 2015 ACM SIGMM Achievement Award for Outstanding Technical Contributions to Multimedia Computing, Communications and Applications. He is the Chair of steering committee of ACM International Conference on Multimedia Retrieval (ICMR) and Multimedia Modeling (MMM) conference series. Dr Chua was the General Co-Chair of ACM Multimedia 2005, ACM CIVR (now ACM ICMR) 2005, ACM SIGIR 2008, and ACM Web Science 2015. He serves in the editorial boards of 3 international journals. Dr Chua is the co-Founder of two technology startup companies. He holds the PhD from the University of Leeds, UK.