Some people sold cars to compete; some people showed off affection on the spot. This happened in the most “AI” Baidu International Big Data Competition. Would you like to know about it?

Want to deal with the AI model? A wave of young developers said "It’s too hard for me". On September 11, Xue Cheng from Australian National University shared his experience of "pain and happiness" in the 5th Baidu & Xi'an Jiaotong University Big Data Competition and the first IKCEST "Belt and Road" International Big Data Competition award ceremony.

Xue Cheng's Homon team won the first prize in this competition. At the award ceremony, Xue recalled the whole 134-day competitive process, in a bitter but firm tone. He said that with the increasingly fierce competition, computer computing power was difficult to support. Looking at the "great changes" in the ranking of the competition every day, in order to quickly solve the computational power problem of the AI model training, Xue Shu painstakingly sold the car that accompanied him for seven years and replaced the server. It can be said that he was a real AI fan. He said bluntly, “It hurts, but I think it's worth it. Because right now, I'm standing at the awards ceremony. I believe that every student like me, has paid a lot for the game, but they have gained more. We are standing at the forefront of the AI era, full of opportunities and challenges. We will do everything we can to change the world with AI." 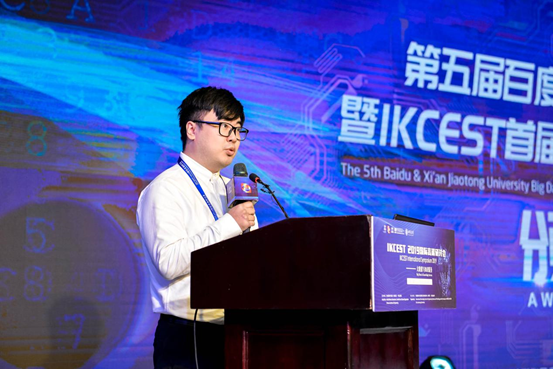 In fact, the problem of computing power has become a common dilemma limiting young AI developers’ progress. It is in view of this that Baidu opened the PaddlePaddle deep learning open source framework to contestants, providing them with computing power resources and facilitating the construction and training of their data model. It is worth mentioning that at Baidu's first WAVE SUMMIT also called 2019 Deep Developers Learners SUMMIT of Baidu, Baidu announced that it would release 100 million Yuan of computing power support to developers. Through deep learning framework, AI can realize the universality of "framework capability" at the "deep" level. In this way, domain-specific AI applications can also be "mass-produced". 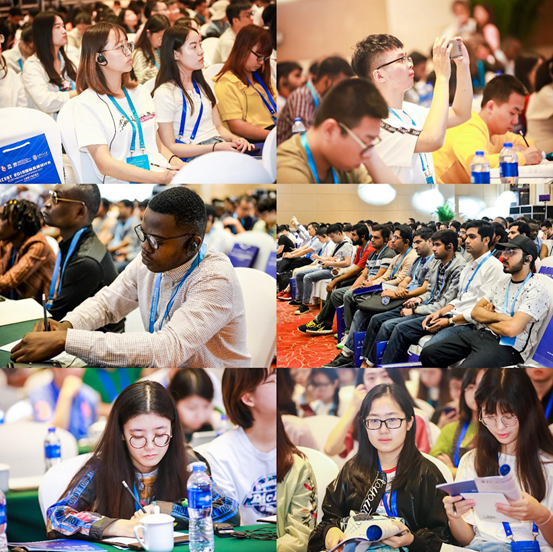 It is worth mentioning that there were not only two teams ranking for the first place, but also a romantic scene of couple with excellent grades showing off affection on the spot. “Primula & Orchid” team and “Hai Feng Xi Xi” team were unanimously recognized by the judges for their excellent performance and tied for the first place. Raj Reddy, a Turing Award winner and Foreign Member of CAE, said: "We saw very interesting challenges in the competition. At the same time, there were two flowers blooming in the selection of the grand prize. If this was a Nobel Prize, we might as well give it to both teams." Primula & orchard team members, Hu Chao from the University of Chinese Academy of Sciences and Hua Zhixiang from Jiangsu University are actually a couple. Their team name was inspired by their favorite primrose and orchid. Both flowers bloom in spring, a sweet expression of love and moving forward together. Sure enough, romance from high achievers was the deadliest. 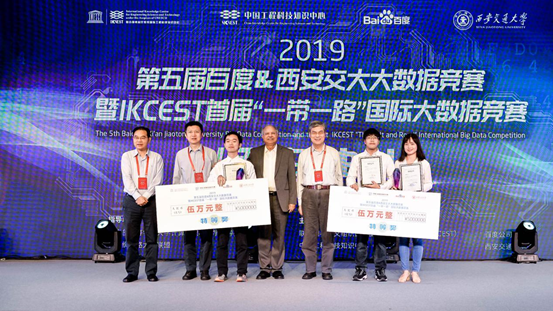 In the face of these excellent young people, many people expressed their “envy and jealousy”. After all, it's not often you get to talk to a Turing Award laureate. You know, the Advisory Committee of this competition has excellent personnel allocation which is rare in similar competitions. In addition to Professor Raj Reddy, the committee includes Pan Yunhe, CAE Member, N. Balakrishna, Fellow of Indian Institute of Science, Otthein Herzog, Member of German Academy of Science and Engineering, Jan Eloff (Professor of the University of Pretoria, the Republic of South Africa and Yang Shengwen, Chairman of Technical Committee of Baidu Big Data Department, etc., forming the strongest and most professional Advisory Committee for an AI competition. In the final defense session, judges commented on the entries on site and exchanged ideas with the finalists, so that young AI talents can gain excellent learning opportunities. 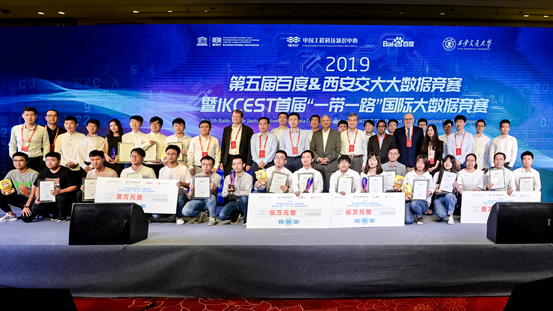 As we all know, AI is a frontier field that emphasizes application and practice, with natural innovation genes. With the theme of "urban regional function classification based on satellite remote sensing image and user behavior", the competition innovatively adopted the cross fusion form of "Industrial big data + Internet big data", covering satellite remote sensing images and Internet big data of 70 cities, and required the participating teams to design a city regional function classification model.